By Alene Burnett-Reaugh on November 4, 2016 in Journal

It has been 35 years since my dear sweet wonderful brother passed away in his sleep at the age of thirty-six. For those who never met him, Daryl Lee was a very special person who at thirty-six was still a child in many ways. I believe he had an extraordinary aptitude with personal relations, he loved everyone. He would tell people about his day, about his new job and what he was going to do that day. Whether it was jigsaw puzzles, which he was very good at, or working with my mother in catering or doing things around the house, he was a hard worker and he loved it. His favorite music was Johnny Cash; he would listen for hours and I know all the songs by heart. Dad bought him some cowboy boots and cowboy hat which made him feel ten feet tall.

Daryl Lee suffered sleeping sickness when he was 18 months old which resulted in brain damage to some extent involving his reading and writing abilities. Because we were so close in age, I saw things about him that others did not but I wish now I knew more of what he was thinking. He was very normal in many ways, emotionally and physically but if he had been born in these times, he would have attended school and been taught independent living. He came very close to a normal life when he lived in the group home, Camp Lake Oakpatch. This tucked away in the woods was a camp with cabins, a lake and row boats. There he could ride his bike, which he loved to do.  The men that lived there were very much like my brother and he got to experience relationships with other people besides the family. He was very proud that he had a regular job and caught the bus each work day. In one picture, you can see his new lunch pail. His most used line, one you were sure to hear if you had met him, was “Did I tell you about my new job?”

I taught him how to bowl, but he was left handed and I was right so he learned to bowl right handed. I never really thought about it before but he did win a trophy bowling with Special Olympics. I was happy for him when he met a girl he liked, they were friends, her name was Julie.

He was the most sincere and loving person and I miss him. 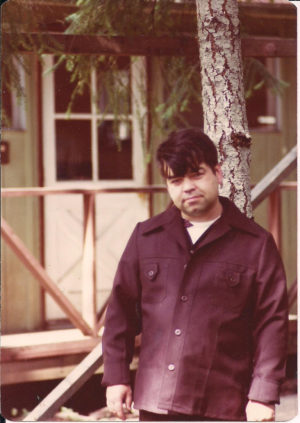 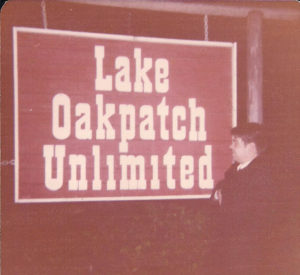 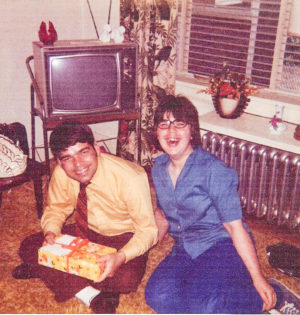 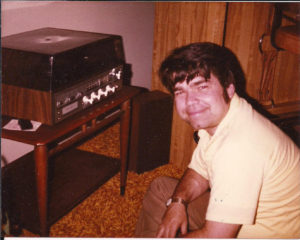 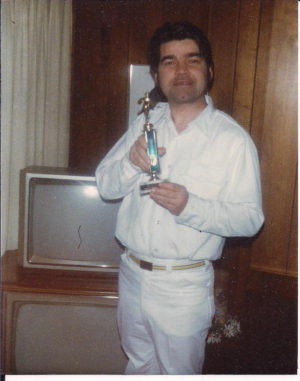 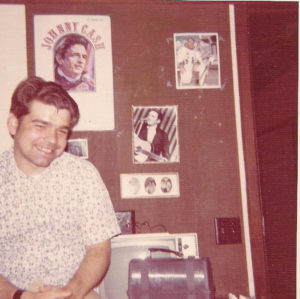 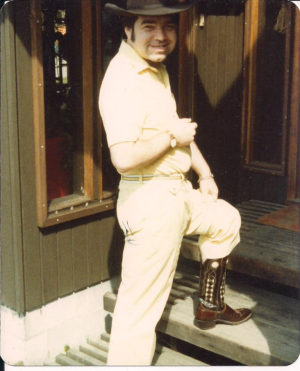